We celebrate LGBT Pride Month every June to honour and commemorate the Stonewall riots, which took place on 28 June 1969 in Greenwich Village, New York.

These riots are often and widely referred to as the most important event in the LGBT rights movement.

In the 1960’s, police raids on LGBT bars were routine, but on this night at the Stonewall Inn, the police quickly lost control of the situation. At 3am, things turned violent after LGBT people were being arrested and forced publicly into police cars. This violence sparked a protest that lasted several days. It is unknown exactly how many 'Stonewallers' took part in the riots, but hundreds have shared stories of that night and the riots that followed. 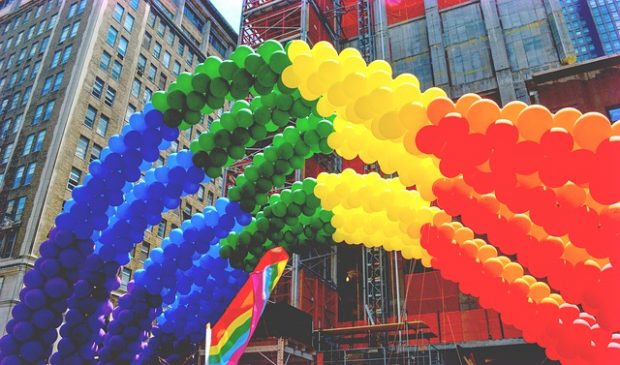 The first Pride march was held on 28 June 1970, which marked the one year anniversary of the Stonewall Riots. The first UK Pride was held in London on 1 July 1972, with around 2,000 people attending.

Last year I attended my first Pride in Bristol. Here I marched alongside hundreds of other like-minded people and saw many more supporters lining the streets. It felt important being a part of this - like what you were celebrating was being taken seriously and that people were supporting a cause they truly believed in.

After parading through Bristol, we arrived at the main event at Millennium Square, where I was greeted by thousands of others. It was overwhelming to see people of all ages and backgrounds being openly and unapologetically themselves and celebrating who they are. To me, this is what the true purpose of a Pride event is, to be proud of yourself for accepting the true you.

Transferring this pride into the workplace is a challenge. Casual conversations that can occur in the kitchen or break out areas can fill an LGBT person who isn’t out with dread. They may not feel comfortable talking about their life outside of work because they’re worried about how people will react. Or they may overanalyse everything they are saying in case they let anything slip. This can be exhausting and can lead to more stress and less productivity.

However, the effort the IPO are making to ensure people feel comfortable bringing their whole selves to work, makes it astronomically easier.

Just this week we had a talk from Helen Power, a retired Reader in Law at the University of South Wales, called 'The Stonewall Riots and their legacy'. Helen’s specialisms were criminal law and European human rights law, with a particular emphasis on gay rights. It was so inspiring to hear her talk about the impact the Stonewall Riots had on LGBT people and the laws that protect us today. Helen also reminded us that although we’ve come a long way, we shouldn’t be complacent – we need to keep fighting for our equal rights, no matter what.

At the IPO it’s important for us to create a culture where people can be themselves, regardless of who they are or what characteristics they may have. As the LGBT rights charity Stonewall advocates, 'People perform better when they can be themselves', and I completely agree.