I am a bit of a car buff. Not an expert. I am not interested whether the car has a V6 or intercoolers etc, but I like it to look sporty and have a reasonable turn of speed.

Another consideration when buying a car, of course is the name. The manufacturers name is an obvious factor, so Ford, Vauxhall, Renault etc, but then it comes down to the name of the model itself. Some makers simply stick with numbers so a 308, 320, 906 etc, others just letters, so C class, A class, F type, etc.

Some, however, are daring enough to come up with sophisticated, detailed and sometimes complicated names. Now, I don’t know how car manufacturers choose these names, whether the board sit round a table and debate the matter or whether they have a ballot.

Some might use marketing and PR companies, others might look at trends, or history. But, having spent millions of pounds on developing a new car it is probably very disappointing to the design team when an obscure or somewhat weird name is chosen. There are many examples out there, how about the Mazda Bongo Friendee, the Isuzu Mysterious Utility Wizard or the Nissan Cedric.

I would think that no matter how good these cars are they are not going to be best sellers. Names are important, no matter what business you are in choosing a name and getting it right for your product or service is crucial. Making sure that you are not infringing anyone else is also vital. The trade mark register is available for anyone to check to see what has been registered.

So, where does the title of this blog fit in? I’m going to hazard a guess and say that some of you reading this will be driving a VW Golf or will have driven one at some time in the past. I myself have owned 2 VW Golfs, which isn’t surprising since it’s been around for over 40 years and there have been over 30 million made. 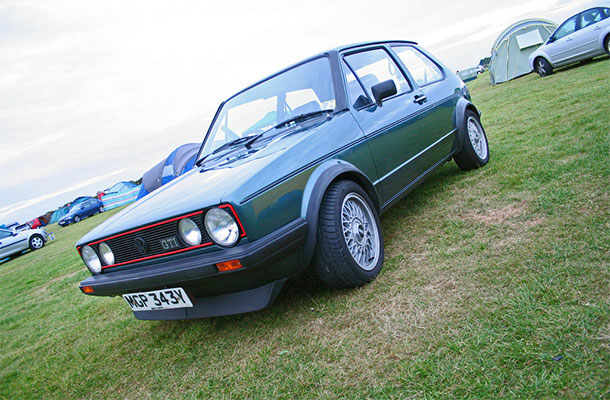 But where does the name come from? Depending on where you read there could be several answers. Perhaps, the most plausible is that the name comes from Gulf Stream. The range of cars launched at that time included the Passat, a trade wind, Sirocco, a Mediterranean wind, Jetta refers to the Jet stream, and Golf is what the Germans call the Gulf Stream.

The original name for the car was the Blizzard, which according to rumour had to be changed as there was a conflict with an Austrian ski manufacturer. The UK register shows the earliest registration for Golf is in 1973.

Another answer is that it was named after a horse. Hans-Joachim Zimmermann VW Head Purchaser at the time, had a Hanover gelding, called Golf, which he rode successfully time and again was expressly praised by Horst Münzer, the chairman of the board of VW in the summer of 1973.

A few days after this conversation on the riding arena, the chairman showed his colleague one of the brand new compact prototypes – with the letter combination of GOLF at the rear.

Again, this does have a ring of truth about it as following models were Polo and Derby.

But Blizzard would have been a cool name.

[Photo above of MK1 Golf by Tony Harrison on Flicker. Used under Creative Commons]