Hazel was recently voted Wales STEM Woman of the Year. Not only that, she received an Inspirational Scientists and Engineers Award from the Government Science and Engineering Profession. In 2020 Hazel was nominated for the Role Model Award at the World Skills UK Diversity and Inclusion Heroes Awards. 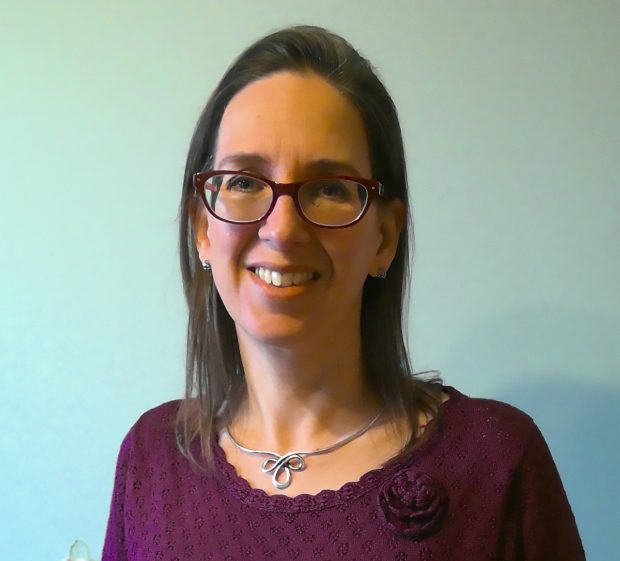 To mark International Women’s Day, we spoke to Hazel about her passion for addressing the gender imbalance in science, technology, engineering and mathematics (STEM).

Hazel, what prompted you to start championing opportunities for women and girls in STEM?

My daughter was six when she told me that 'boys do numbers and girls are good at drawing'. The world rocked underneath me. How could she think that? Where had that come from? Didn’t she know I was a scientist? Wasn’t I a good example? Evidently not!

I grew up in the 80s and 90s thinking feminism was a thing of the past – the battle was won. Then I realised that the outcomes today don’t play that out. Women are far from being equally represented.

Did you always want to be a Patent Examiner?

No, but it was appealing because it allowed me to use my STEM skills alongside job security and great work-life balance. To be a patent examiner, you need to be able to think, analyse and write critically. A STEM degree gives you this – mine is in Geology. 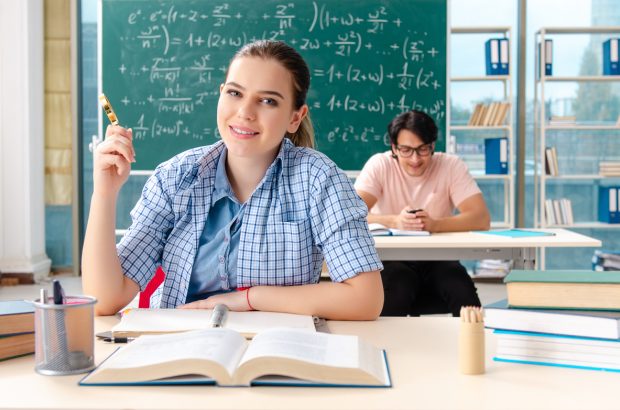 Why do you think it's important to make access to STEM roles easier?

How is the IPO addressing the imbalance?

Research by the World Economic Forum (WEF) shows that gender imbalance in STEM is not an inevitability. They assert that entrenched gender stereotypes and gender bias contribute to the imbalance. They discourage girls and women from pursuing careers in science-related fields.

The IPO is addressing the imbalance from many angles, constantly refining its recruitment and promotion policies and processes. It supports true gender equality in line with the The UN Equiterra vision. This means levelling up for men (for example, shared parental leave) as well as for women (career development, mentoring). Another initiative involves running ‘girls into STEM’ days for local school kids. Gendered assumptions and myths and stereotypes are challenged. 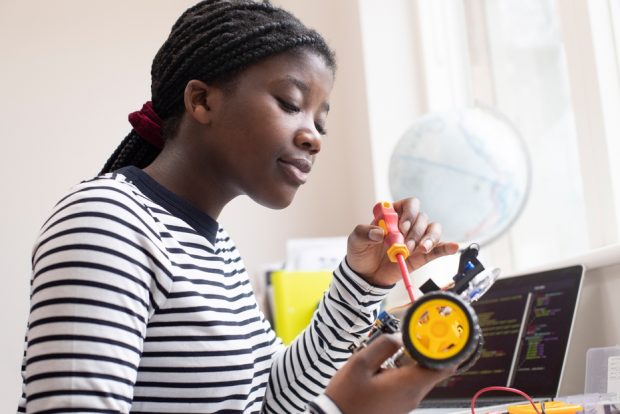 In your opinion, how can we inspire more women into senior STEM careers?

I believe that sharing childcare responsibilities equally - which requires systemic and cultural change - would have an enormous impact on career development. We need to avoid affinity bias in promotions. That is, the tendency to connect with others who share similar interests, experiences and backgrounds. We also need to put ourselves forward. 'The Guilty Feminist' said 'we need to be the representation we want to see'. I’ve been consciously nudging myself out of my comfort zone since I was about 23. I was completely unable to speak to the people that I needed to for my research. I was just too shy.

How can we attract more young women to STEM?

Every one of us has a role to play here and it's needed long before kids think about careers. We need to address the societal messages that our children receive outside of school - those that say some things are for girls and different things are for boys. Look at children's clothing, books, toys...the STEM messages, the dinosaurs, the planets, and galaxies, they're all in the boys' section, not the girls'. Children perceive gender norms by 2-3 years of age.

We ALL have a role to play as allies to the children around us. They need to hear from people close to them that STEM is for everyone. That 'girls do numbers too'. You might be interested in the 'Let toys be toys', 'Let books be books', 'Let clothes be clothes' campaigns. 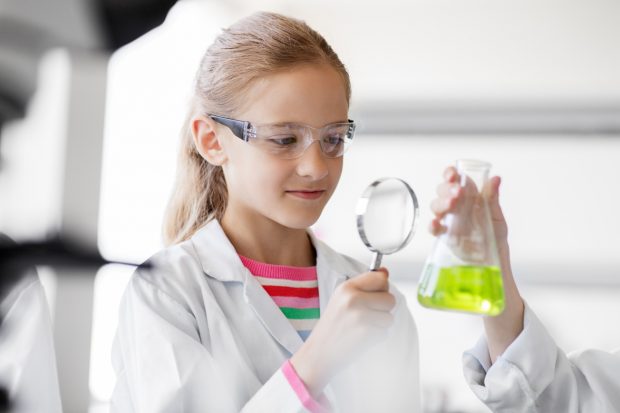 The story is similar for young adults. We know there's a major difference in the percentage of girls to boys choosing STEM A levels, but research shows that interest levels dwindles much earlier.  Do you have friends and family with young teenagers? Do they know that you work in STEM? Can you share some stories with them? Help them understand that it's enjoyable, rewarding and a good career.

In your opinion, what can we do to encourage more diversity in the STEM sector?

We need excellent intersectional data to enable us to identify and drill down into issues with our policies and processes. We then need to make the changes. We also need to drive cultural change to reduce stereotyping and bias and so that people support the process changes.

What can we do as individuals to address the imbalance?

100% of the population must be represented – we’re missing large sectors of people. Gender equality will lead to better decisions. It is in everyone’s interest: all genders, whole organisations, the economy. We all have a part to play.

My challenges to you, dear reader, are:

… and finally, my daughter now enjoys studying science and maths.

Take a look at the International Women's Day website for events on this year's #ChooseToChallenge theme.